The story of SASAKI SPORTS

Gymnastics and rhythmic gymnastics equipment for over 60 years...

SASAKI SPORTS was founded in 1957 on the campus of Nippon Sports Science University (NSSU) in Tokyo, Japan where Ms. Futaba Hirose opened her first shop. The shop not only sold sports equipment, but also stationery and graduation thesis documents. At that time, only foreign gymnasts were wearing leotards. At the request of the staff at NSSU, the company started to look into making leotards. In 1960, SASAKI SPORTS made the first leotards for the Japanese national team for the Roman Olympics. They were hand-sewn by Futaba’s mother.

In 1969, SASAKI SPORTS started manufacturing equipment for rhythmic gymnastics. The company made leotards for Team Japan for the World Championships.

In 1980, SASAKI SPORTS became certified by the Japan Gymnastics Association (JGA) and in 1983, the International Gymnastics Federation (FIG) also certified the company, which enabled them to provide equipment for professional gymnasts all around the world. SASAKI SPORTS is now the official supplier for the Japan national team for gymnastics and rhythmic gymnastics, as well as the Bulgarian Rhythmic Gymnastics Federation, who won the bronze medal at the 2016 Rio Olympics.

Today, SASAKI SPORTS is still headquartered in Tokyo and has over 50 employees. With most products still made in Japan, it is the biggest manufacturer of gymnastics and rhythmic gymnastics products in Japan. It is also widely recognized as #1 provider of equipment for professional, amateur and junior gymnasts all around the world.

NISHOHI is proud to be the official distributor of SASAKI SPORTS and to make their high quality equipment available to gymnasts worldwide.

See all products from SASAKI: 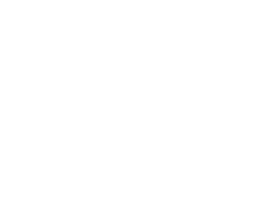